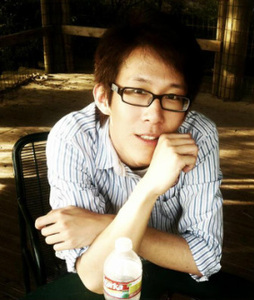 The music of Chin Ting Chan has gained recognitions from the Interdisciplinary Festival for Music and Sound Art, Soli fan tutti Composition Prize, American Prize, MACCM, newEar contemporary chamber ensemble, APNM, ArtsKC, ASCAP, Cortona Sessions for New Music, New-Music Consortium, Portland Chamber Music Festival, MMTA/MTNA, as well as performances throughout the North America, Europe and Asia. He is a Chancellor’s Doctoral Fellow at the University of Missouri–Kansas City where he also teaches courses in electronic music. He has worked closely with the technical team at IRCAM to redesign the Max patch of Mauro Lanza’s Burger Time (2001).
Contact: chintingchan@gmail.com

Mirage for flute, clarinet in B-flat and percussion (2013)
A mirage is an optical phenomenon in which light rays are bent to form a displaced image of distant objects or the sky. The word also originates from the Latin word mirari, meaning “to look at, to wonder at.” The construction of this piece is partly inspired by the image of a mirage, in which the rapid succession of sound events represents imaginary displaced “objects” in a mirage. The result is a series of sonic mirages. Mirage is written for flute, clarinet in B-flat and percussion. It was commissioned by and dedicated to clarinetist Pei-Lun Tsai.
Powered by